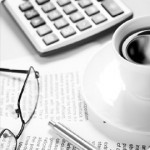  Definition of “wages” under the Wage Code, 2019 .
We request to clarify and confirm the understanding of the definition of wages as illustrated in the following example.
An Employee in a factory situation as per the terms of his contract under the agreement with his employer, receives , say Rs.20,000/- pm as per the break up given below. The prevailing minimum wage is Rs.16000/- pm.

A. As per the section 2(y) of the Wage Code
1. Wages are Rs 8000 ( basic) + 50% of item 2,3 and 4 above= Rs. 14000 .
2. As per the proviso (2) above to the definition of wages for the purposes of Payment of wages the items d,e,f & g from the exclusions are to be added back , thus for the purpose of payment of wages the wages are “ Rs20000/- “.
3. As per the proviso (1) above The amounts Rs. 14000 is to be reckoned for the calculation of the bonus under the wage code and for contribution to the PF under the proposed definition of wages under the EPF Act.
4. The amount of Rs 20000 to be reckoned for all other purposes under the Wage Code ,2019 i.e. for the payment of wages , payment equal remuneration and payment of minimum wages
The above is our understanding for the compliance under the Wage Code 2019 . We request to confirm/ clarify the same .

=============
 New Labour Code may make the employer happier than the employees
The idea is to improve the working conditions of the contractual staff and bring them on par with the regular employees.
The new Labour Code, which will be introduced in the Parliament in the ongoing winter session for approval, is going to hand companies a distinct advantage. Hiring and firing of contractual workers will be now much easier for the employers.
The Union Cabinet chaired by Prime Minister Narendra Modi gave its approval on November 20 for the introduction of the Industrial Relations Code, 2019 in the Parliament.This code is meant to simplify and merge three central labour acts including The Trade Unions Act, 1926, The Industrial Employment (Standing Orders) Act, 1946 and The Industrial Disputes Act, 1947.
This code is an extension of a June decision where the Ministry of Labour took a stand to merge all the 44 labour laws into four codes, including industrial relations, wages, social security and safety, health and working conditions.
How will it benefit employers?
The Industrial Relations Code 2019, also called the Labour Code, is a set of draft rules aimed at simplifying the labour laws in the country.
This regulation is not just meant to simplify the existing rules on the type of employment but also to give equal footing to both, permanent and contractual workers.
The idea is to improve the working conditions of the contractual staff and bring them on par with the regular employees. From an HR perspective, this will mean that a company need not have multiple employment policies for contractual and regular staff.
Especially for areas like maternity leave and extended leave for mothers, a similar policy will be followed which would make the management process easier. In the past, leaves were a bone of contention between companies and labourers.
A crucial aspect of the new draft code is the fixed-term employment proposal that has also been welcomed by the industry. This will mean that the respective companies would not need to engage with any third-party contractors. Instead, under the new regime, they will be able to hire contract workers directly for a fixed tenure.
Based on the type of job role, the contract period can be tweaked making it easier for firms to hire and fire. Earlier, the contractors would play a role in these matters. Now, the employment period can be decided by the company itself. Later, if the particular job gets redundant, the worker can let go. For instance, if a welding professional has been hired, and the company is able to procure a machine to perform the same function at a later date, this professional can be laid off. In the past, firing staff would lead to a dispute since there was no concept of a fixed-term employment.
How will it help employees?
At present, labour disputes take a long time to be resolved. The Industrial Relations Code has proposed setting up of a two-member tribunal for settling labour disputes. Earlier, there was a one-member team that led to delays in getting a resolution.Further, a few government officers would also be given the power to look into cases and also impose penalties. This is expected to ease the burden on the tribunals that are already handling several thousand cases.This will ease the pain for employees who otherwise lose pay while attending the often-prolonged tribunal hearings.
For workers, being relevant from a skilling perspective has been a cause of concern in India. Re-skilling of staff will be a key priority under the new regulations. The government has said that there will be re-skilling fund that will be utilised for crediting to workers.
Closely linked to re skilling is the fear of retrenchment. Due to machines replacing mundane roles, involuntary separation in factories has been a reality. While there was fear of only mid-sized companies (with 300 or more employees) being mandated to take government permission to retrench staff, the draft code has retained it for companies with 100 employees or above.This means even if a small company/factory were to take a retrenchment decision, they would have to get prior permission from the government to do so.
As far as benefits are concerned, the draft code has said that set social security benefits will be extended to all types of workers. This means that all company benefits including insurance and leave encashment could be provided to these workers (contractual or temporary workers). Earlier, contractors would be passed on these benefits, and there were reports of leakage of cash/insurance amount.
What next?
Once this code gets a nod from both the houses of the Parliament, it will be drafted into a law. This will subsume all the existing rules used for defining employment contracts of staff.

* The draft rule will be finalised in December after it receives public comments for a month.

* However, the draft rule has left a decision on minimum wage to an expert committee.

The labour ministry has suggested nine-hour regular working day in its draft wage code as against eight hours now but stayed away from fixing a national minimum wage, which may draw wrath from trade unions.

“The number of hours which shall constitute a normal working day… shall be of nine hours,” said the draft rules, floated for public opinion.

Like the Labour Code on Wages, the draft rule has left a decision on minimum wage to an expert committee.

An internal panel of the labour ministry had said in its report in January that “the single value of the national minimum wage for India should be set at Rs 375 per day as of July 2018”. In addition to the minimum monthly wage of Rs 9,750, the seven-member panel had also suggested that a housing allowance of Rs 1,430 should be provided for city-based workers.

The draft rule will be finalised in December after it receives public comments for a month.

The country will be divided into three geographic categories – metropolitan area with a population of 40 lakh or more, non-metropolitan area with a population of 10-40 lakh and rural areas – to set the minimum wage, said the draft rules.
House rent will be 10% of the minimum wage, said the rules, without classifying whether it would be higher based on the category of the cities people live in.

House rent will be 10% of the minimum wage, said the rules, without classifying whether it would be higher based on the category of the cities people live in.

The rules said that expenditure on fuel, electricity and miscellaneous items will constitute at 20% of the minimum wage.

While calculating the wage, an intake of 2,700 calories per day and 66 metres of clothing per annum for a standard family will be taken into account. These were part of the first minimum wage calculation done in 1957.

Delhi: The Union cabinet on Wednesday approved the Labour Code on Industrial Relations 2019, allowing companies to hire workers on fixed-term contract of any duration. The code has retained the threshold on the worker count at 100 for prior government approval before retrenchment, but it has a provision for changing ‘such number of employees’ through notification. Fixed-term employment means a worker can be hired for any duration, three months or six months or a year dependin ..

The bill is expected to be tabled in the ongoing winter session of the Parliament. “While this means workers can be hired seasonally for six months or a year it also means that all workers will be treated at par with regular workers for benefits,” finance minister Nirmala Sitharaman said after the cabinet meeting. Labour minister Santosh Gangwar has spent lot of time in consultation with all stakeholders including trade unions, Sitharaman said. The code also provides setting up of a two-member commitee..

Besides, it has vested powers with the government officers for adjudication of disputes involving penalty as fines, thereby lessening the burden on tribunal. The industrial relations code is the third out of four labour codes that have got approval from the cabinet. The code will combine Industrial Disputes Act, 1947, the Trade Unions Act, 1926, and the Industrial Employment (Standing Orders) Act, 1946. The Labour Code on Wages has already been approved by Parliament in August while the Labour C ..

The government has already allowed fixed-term employment across all sectors last year. It has now been codified, which means that once approved by Parliament it will become a legislation to be abided by all. The labour ministry has decided to amalgamate 44 labour laws into four codes – on wages, industrial relations, social security, and safety, health and working conditions.